With the melody of our national anthem，the red flag with five golden stars gradually rose higher and higher. Thousands of people clapped their hands with a happy mood toward China’s 70th birthday in their hearts. Watching the scene from the screen, I was so proud of being a part of this nation. It’s the wonder itself that after going through trials and tribulations, we are still on the way of developing and are still achieving dreams one after another .

In the speech of President Xi Jinping, the first thing he highlighted was the humiliation our nation had suffered in the past hundred years. During such a long time, the Chinese people were forced to face the cruel violence that happened on our motherland. Facing the sacrifices made by their beloved ones, and witnessing the merciless fire burning up towns built delicately by the earlier generations into ruins, the pioneers of this nation fought desperately for the triumph of justice regardless of the cost. How keen they were to welcome the revival of China! With the foundation of New China, with the 70 years’ development of our state, all that they looked forward to is being achieved step by step. Nowadays, we are able to spend our lifetime in harmony, passing on the faith rooted in the nation’s blood: Moving forward, forward and forward.

As the celebration ceremony proceeded to the evening part, I was strongly affected by the high spiritual atmosphere. Filled with an energetic atmosphere, the dance performances exhibited the spirit of our nation. The Chinese people believe in the strength of diligence and are willing to start form doing solid work. From the era when we were in the shortage of basic daily necessities to the era we are constructing a fully well-off society, this nation steps forth to the rescue and the liberation of Old China with all its power and might, which touched me deeply.

China held the celebration of the country’s 70th anniversary to look back at the achievements we have achieved and to march towards a better future. As the witness of this great moment in history, I sincerely take pride in being able to move on with my splendid homeland .

To make a conclusion on my sorts of feelings, I shall heartily express my best wishes: “Long live, my great China!”

For the Revival of Our Nation

October 1st, 2019 is a remarkable day because of the 70th birthday of China, which brings each Chinese together watching the grand anniversary ceremony.

Early in the morning I woke up with my grandparents, waiting in front of the television. When the parade started, everyone in the room stayed focused, watching the whole parade with passion. The soldiers look so energetic and highly disciplined. They defined what perfection is. The advanced equipment overwhelmingly astonished me, among which 40% were revealed for the first time. I couldn’t help saying “Wow!” all the time. I have never expected that we could have such outstanding weapons. The DF-41 missile, the JL-2 submarine-based international ballistic missiles, the J-20 stealth fighters… All caught my eyes.

I’m so proud of my homeland and just as China Daily wrote, “The missile’s appearance at the parade is to show the world that China, as a responsible world power, has the capability to safeguard its national security and interests.”

During the whole parade, even my eighty-year old grandpa stood up waved his arms to show his great delight. I know the parade has reminded him of the difficult life and those old, bitter memories. Since during the anti-Japanese war he was a worker manufacturing the equipment for our army and his cousin was a soldier. Now our nation is thriving and becoming powerful and the once poor and weak China has stood up on her feet. At the very moment when those familiar rhythms sounded and all my family members sang along as if they had been present at the ceremony. Perhaps this is what exactly the spirit of patriotism is.

Looking back at Tiananmen square, Beijing, China, 1949, You’ll see that a poor and backward country was given birth. Today aged 70, China has created the most marvelous achievements in the world. The FAST, the Huawei, the satellites and rockets… China has made a miracle skipping from the bottom of the world to among the top countries. It seemed that our potential is unlimited, and our pace stepping forward is inevitable. I suddenly remember one scene in the newly-released movie My People, My Country. When lacking materials, everyone in the city gathered together donating what they owned to help. Though short of knowledge, their warm-heartedness touched me deeply. I realized that it’s those who devoted themselves to the magnificent age that have promoted the development of China. We, as students, ought to study harder to contribute to the revival of our nation.

Be a young man who can shoulder the responsibility

This National Day was quite different. A 7-day holiday was of course longed by everyone, especially us students, but it was not the most appealing this time. What was discussed before the holiday was where to watch the parade and how exciting and impressive it would be. I was no exception.

Actually, the grand parade this year was a significant thing to my family — my brother got an opportunity to be one of the singers in the three-thousand-people orchestra. This is a great glory to my family, thus giving me a chance to know more about this event.

Three months ago, my brother and others began to prepare for the selection. They made great effort to gain such a great chance. Luckily, my brother stood out from a hundred candidates. Although they could not go home when everyone was enjoying their summer holiday, all of these eighty people felt so proud to be a part of this great event and spared no effort to do it well. They got to the Tian’anmen Square at 5 o’clock on October 1, but nobody felt sleepy, only with excitement. He stood in the first row after the girls’ row, near the national flag, wearing clothes in the and yellow. When the parade began, they sang the familiar songs like My Motherland and me and Ode to the Motherland, etc. “Though having practiced for so many times, it seems so different this time. I cried excitedly when singing. I feel so honorable to be the one who can participate and witness such a great moment,” my brother later told me when I called him up.

When everyone of my family members felt the same while watching the massive parade, I know all my bother’s effort paid off. And when I received so many “like”s after posting my brother’s photos on the social media, I know how significant this parade is — it sparks everyone’s love for my country and inspires our pride.

During the whole parade, I cannot help stopping my tears dropping out of my eyes. The tears are a sense of pride to my country. What’s more, it’s to myself. It’s the first time I really think about what kind of people I want to be and hope I can do my own part for my country and make a difference. We are standing on the pioneers’ shoulders. Since now, I really need to study hard to realize the China Dream.

I Love My Country

October 1st, 2019 is an important day for China, which is China’s National Day, the 70th Anniversary of the Founding of the People’s Republic.

In the morning, I watched the military parade with my parents in the hotel on the way to Chengdu. At this ceremony I witnessed the power of my country.

At first, people sang a song named “My motherland and I” following some children’s solos. When I was listening to the song, some scenes came into my mind. I saw the high mountains, running rivers, vast grasslands and so on. My motherland has a vast territory of 9.6 million square kilometers where fifty-six nationalities are living together. We are a united and loving family with a long history and glorious culture. I am proud of being a member of China. I couldn’t help singing with the melody.

Then, President Xi Jinping delivered a speech at the grand rally. He called for all Chinese people to unite more closely and make continued efforts to achieve the Chinese Dream. He then inspected the troops, when the navy, army, air force and women soldiers appeared on the Chang’an Street. Fighter planes were now soaring in the air. Fifteen squadrons advanced orderly. We saw a disciplined army and modern weapons and equipment. When I watched the military parade, I felt the strength of my motherland and sensed the rapid development. I felt so proud at that time that suddenly, my eyes were full of tears. I thought the Chinese all over the world would be proud of our motherland. We should work harder and harder to make her more and more powerful and prosperous.

Seventy years ago, on the same day, President Mao Zedong declared that the People’s Republic of China was founded, and Chinese people stood up. China implemented the reform and opening up policy four decades ago. Seventy years later, President Xi stood on the upper floor of Tian’anmen and looked to the future. He wishes and believes China will be richer and stronger and Chinese people will have better lives. We are forging ahead with our dreams. China will surely have an even brighter future.

I make up my mind to study hard in order to work with all the others to make my country stronger and stronger. 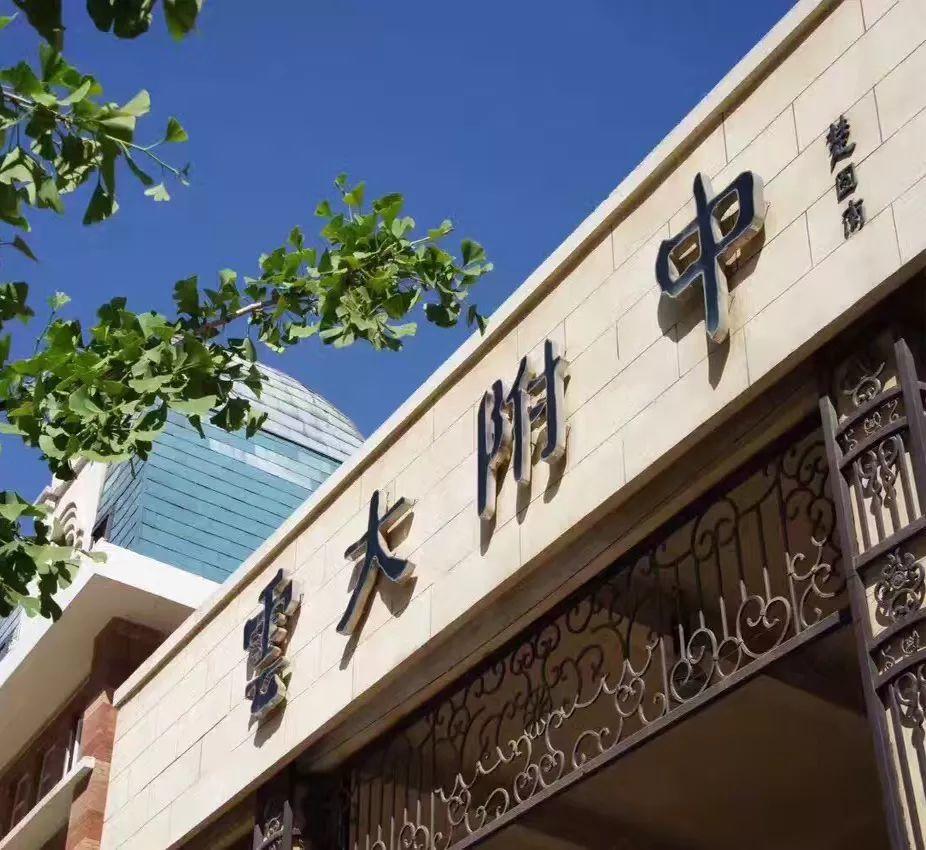 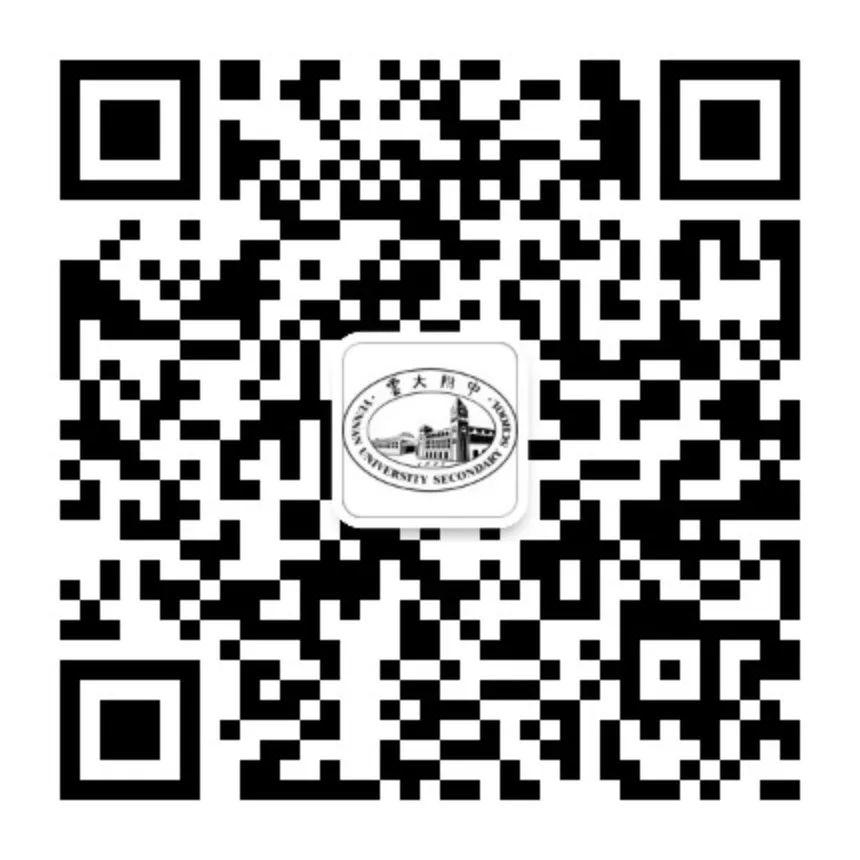